Duke of York becomes Chancellor of the University of Huddersfield 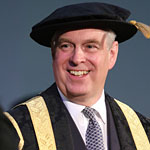 HRH The Duke of York, KG, was installed as the new Chancellor of the University of Huddersfield at the institution’s summer graduations on Monday 13 July, 2015. On what was a busy day of pageant and ceremony, His Royal Highness also made time to visit Shipley company Radio Design, who had just a received their second Queen’s Award.

The Duke of York has been a regular visitor to the University over many years, more recently with involvement in a considerable number of projects of mutual interest in connection with the University and his work in the encouragement of young entrepreneurship. 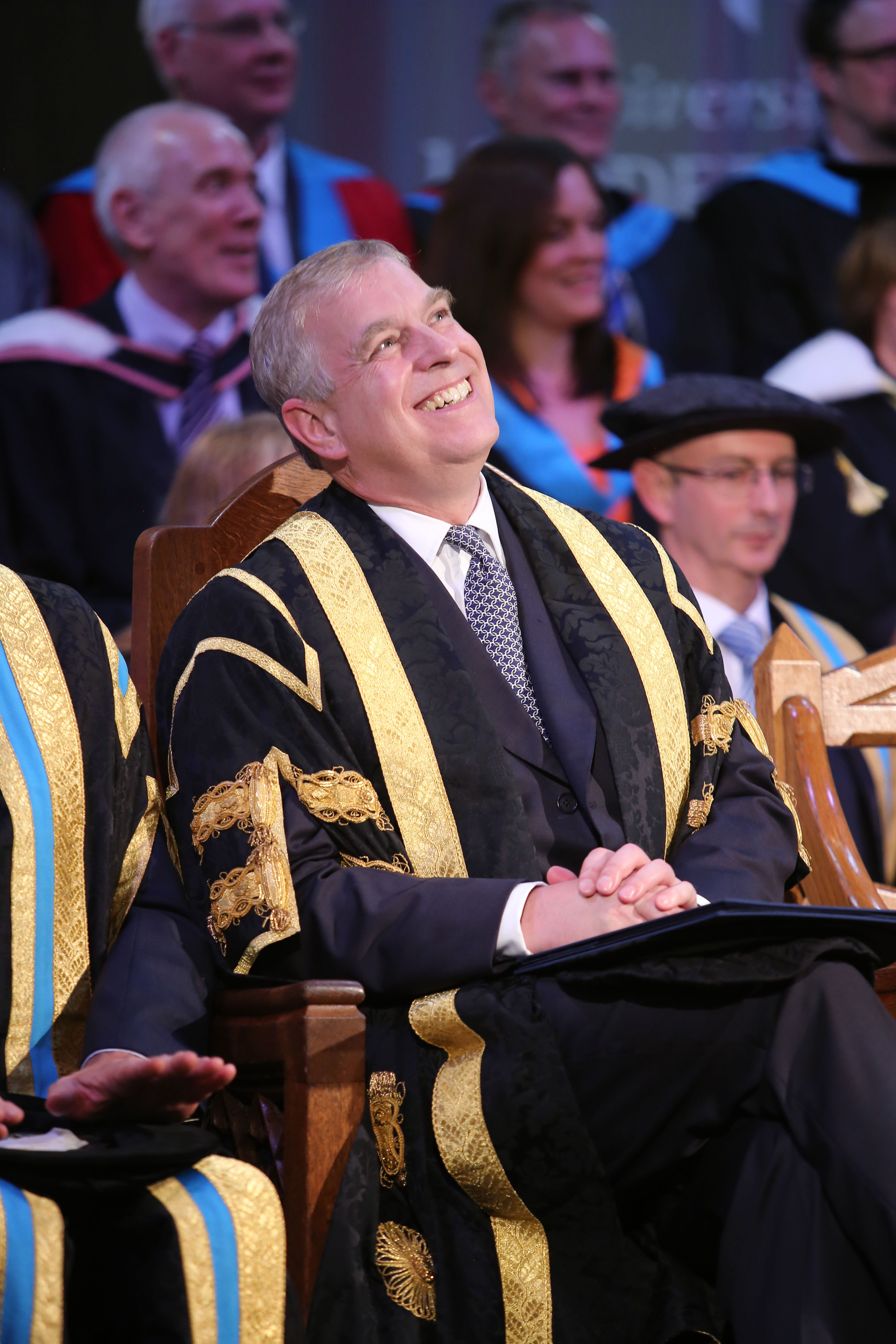 His Royal Highness became Patron of the University in 2013 and was delighted to be invited to succeed the retiring Chancellor, celebrated actor Sir Patrick Stewart. The Duke was installed as Chancellor at the 11.15am awards ceremony and his installation was presided over by his predecessor, Sir Patrick, who has occupied the post since 2004.

His Royal Highness also received an Honorary Doctorate of the University at the ceremony and the retiring Chancellor was honoured with the title of Emeritus Chancellor.

The Queen’s Award for International Trade was presented to company MD Eric Hawthorn by Deputy Lieutenant Professor Bob Cryan in the presence of HRH The Duke of York at the company’s high technology manufacturing site at Salts Mill in Shipley.

The prestigious award recognises the growth and commercial success of Radio Design’s business overseas which, with local presence in India, China and Finland, now represents 65% of the company’s total sales. This unique second award was for International Trade, and complements the company’s first award in 2011 for Innovation.

Radio Design, a world leading manufacturing company specialising in supplying radio frequency filter solutions and hardware repair services to the international telecommunications industry, has seen exponential growth over the past eight years, going from a team of 11 at its Shipley base to a global firm employing over 300 people worldwide.

Following the presentation, His Royal Highness applauded the company’s international growth. “A Queen’s Award is not easy to come by and recognises the expertise, collaboration, leadership and teamwork of everyone in the business,” he said. “From what I have heard and seen, Radio Design’s trajectory can only be upwards and achieving a Queen’s Award marks it out as one of the best companies in the UK.”