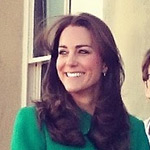 Three members of the Royal Family attended the start of the Tour de France before it set off on its two-day tour, stages one and two, of Yorkshire.

Their Royal Highnesses The Duke and Duchess of Cambridge and The Duke’s brother Prince Harry welcomed the 200 Tour de France cyclists to the county outside the 18th century stately-home, Harewood House. 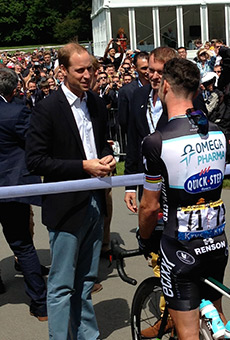 The competitors were greeted with a rendition of the French and British national anthems performed by the Band of the Corps of the Royal Engineers.

Loud cheers erupted from the crowd as the Royal Air Force’s Red Arrows display team performed a flyover that left a trail of red, white and blue vapour – the national colours of France and the UK.

HRH The Duchess of Cambridge then cut the ribbon to officially start the race. 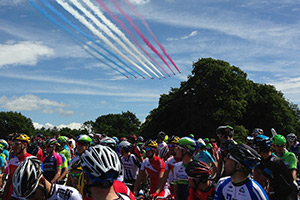 One spectator, who was at Harewood House, said: “It’s been so exciting. We got a really good spot, saw the Royal Party and the cyclists go past. It’s been fabulous.”

Her young daughter added: “I enjoyed seeing Prince William and Princess Kate. The Red Arrows were really good too. It was really cool.”